It’ s not getting a lot of press these days but it’s becoming apparent that the Trump Administration will soon need to make a decision on what to do in Syria.  The war against ISIS is winding down but the obvious question here is simple:  What does victory look like? 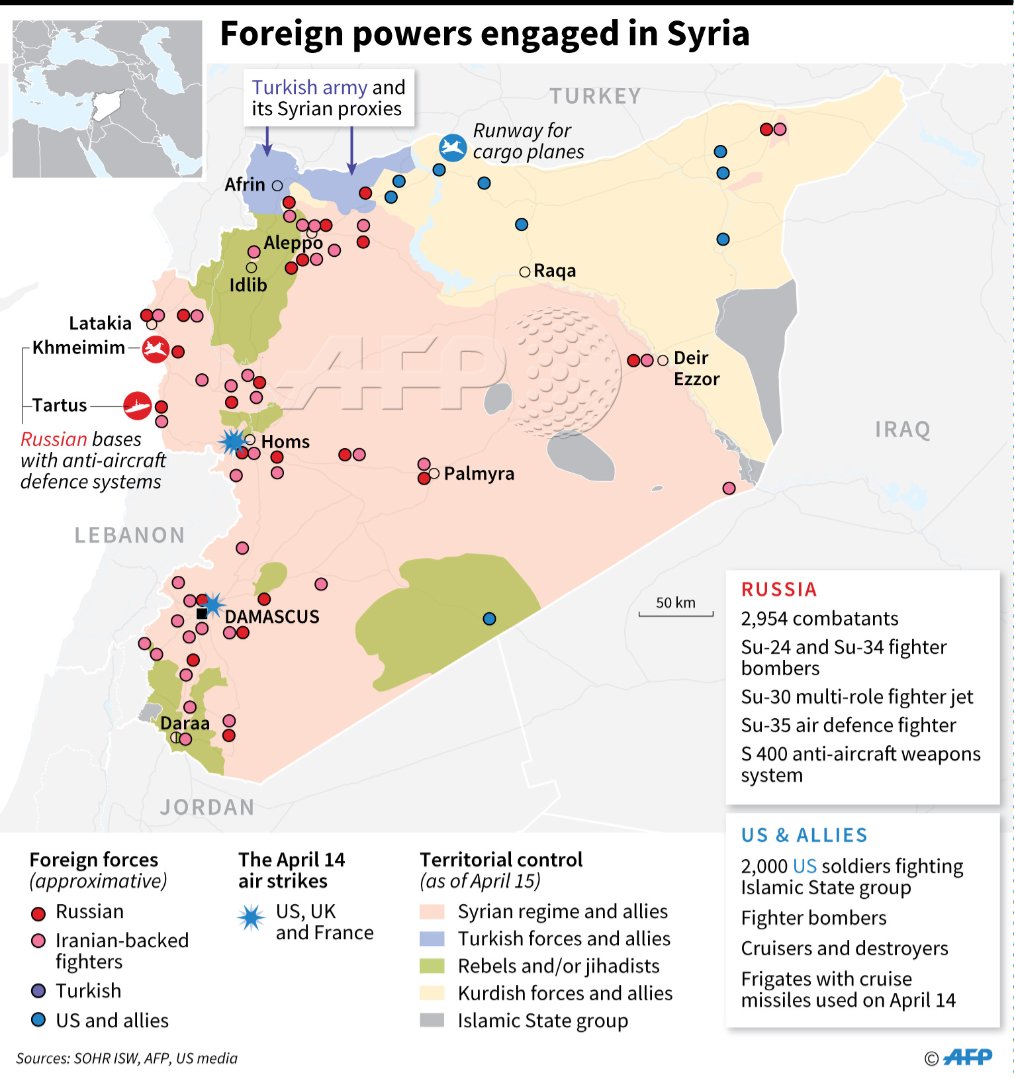 As you can see in the map above, ISIS doesn’t have much of a foothold left in Syria.  Once we’ll have defeated ISIS, then what?  Was the US military effort simply to defeat ISIS?  If so, the job is almost complete.  However, viewed in a more strategic light, US backed forces, that is the Syrian Democratic Forces – read largely Kurds – essentially control that part of Syria north and east of the Euphrates river.  Bashar Assad and his Russian and Iranian supporters control most of the rest of the country save a region in the extreme northeast of the country that Turkey and it’s allies control.  If we simply state that the US effort simply dealt with ISIS, we’d pull our troops home and leave the country to Assad, and abandon the SDF forces we’ve supported.  However, by doing so, the US would then once again leave a power vacuum in the region.  The last time we did that saw the rise of ISIS.

Pulling US forces out of Syria – currently numbering at least 2,000 Special Forces, and probably many more – fails to acknowledge the geopolitical nature of the Middle East landscape:  Iran, and Russia, are currently vying for hegemony throughout the region against the Saudis, and US backed forces, in the region.  The Saudis are currently leading the fight against the Iranian backed Houthis in Yemen.  Iran, for it’s part, is relying on it’s own proxies, the Houthis in Yemen and Hezbollah in Lebanon, while its own Quds Force/Republican Guards assist Assad.  By abandoning the region, the US would play right into the Iranian’s hands, thereby providing Iran their “Crescent” in the middle east, i.e., a contiguous line of control from the Iran/Iraq border, through Iraq, Syria, and Lebanon to the Mediterranean – and ultimately, direct access to Israel.

There are no easy answers:  Pulling the troops home sounds wonderful, especially for those directly involved.  However, pulling them home also abandons the current US allies in the region, the SDF, and most notably, Israel.  Yes, Israel can take care of herself, but the US doesn’t need to set the table for the opposition a second time.